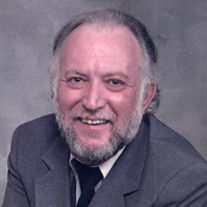 Bobby Houston Hall of Mayodan, NC passed away after a long battle with lung disease on July 1, 2021, at the age of 84 with his children by his side. Bob was born November 25, 1936, to James Elmer Hall and Lena Martin Hall. He was raised on the family farm in Lawsonville, NC where he learned the value of hard work and developed a hunger for sports. He played semi-pro baseball and was a member of the High Point College Baseball team. He even started a baseball team while serving in the US Army at Fort Bliss in El Paso, TX. After leaving the Army he brought his family to Mayodan, NC to work at Washington Mills. He later went to work at the newly formed company, Macfield Texturing. His work ethic, kindness, fairness, and respect earned him an award of “Macfield’s Best”. He was a natural born leader, that was earned through his actions and love of all people. After his retirement, he devoted his life to his passions- his family, sports, and nature. Playing golf five days a week and watching every televised sports event. He enjoyed having the time to appreciate the squirrels and birds that made their home in his yard. He continued to lead and guide his children and grandchildren through life with his love and advice; helping them with his newly learned construction skills, planning family vacations, and the absolute best holiday celebrations. Bob was preceded in death by his parents. He is survived by his wife of 62 years, Gwen Joyce Hall; his daughter Tonya Hall Frederick; his son and daughter-in-law, Mitch and Susan Hall; and his grandchildren, Joseph Frederick, Anne Frederick, Cory Hall, and Emily Hall. An 11:00 a.m. memorial service will be held on Monday, July 5, 2021 at Ray Funeral Home with Rev. Randy Jessup officiating. Inurnment will follow at Mayodan Municipal Cemetery with Military Honors. The family will receive friends for one hour prior to the service beginning at 10:00 a.m. at the funeral home. In lieu of flowers, memorials may be made to Mayodan First Baptist Church, 101 S. 1st Ave, Mayodan, NC 27027. Ray Funeral Home is honored to serve the family of Bob Hall and all are invited to share memories or offer condolences at www.rayfuneralhome.com.

Bobby Houston Hall of Mayodan, NC passed away after a long battle with lung disease on July 1, 2021, at the age of 84 with his children by his side. Bob was born November 25, 1936, to James Elmer Hall and Lena Martin Hall. He was raised on... View Obituary & Service Information

The family of Bobby Houston Hall created this Life Tributes page to make it easy to share your memories.

Bobby Houston Hall of Mayodan, NC passed away after a long battle...

Send flowers to the Hall family.