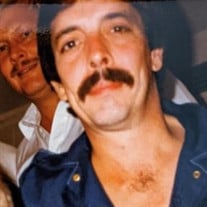 Born in Wichita, Kansas May 10th, 1948, John P. Furstenberg went to be with his parents Marguerite and Frank E. Furstenberg in Heaven on Tuesday, June 15th, 2021, at the age of 73. John lived in Kansas with his brother Frank Furstenberg, and wife Susan Furstenberg. John was a man who lived life to its fullest. He had a great love and appreciation of movies, music, and tv shows; coupled with ambitions for life that could only be described as coming directly from the next great movie plot. John grew up in Kansas and moved to North Carolina to support his family’s business prior to returning to Kansas later in his life. A survivor of addiction, John resiliently reversed course in his life and spent years helping others on that very same journey. John is and always will be the definition of “cool.” Despite a strong exterior presence, John was a man with a huge heart and deep capacity for helping others, and as such he was blessed with lifelong friends in both Kansas and North Carolina. John was preceded in death by his Mother Marguerite and Father Frank E. Furstenberg, Sister Shirley, and nephew Lester E Wall. John is survived by his brother Frank Furstenberg, wife Susan and their son Frank and daughter Shannon, his brother Tom Furstenberg, wife Donna and their sons Brandon, Donovan, Benjamin, Michael, and Joseph, his sister Shirley’s husband Dr. Lester (Less) Wall and their sons Mike, Pete, and John. He was also blessed with several nieces, nephews, and great-nieces and great-nephews. The family has elected to have a private graveside service in Mayodan, North Carolina with Ray Funeral Home in the summer. In lieu of flowers, donations can be made to the Jimmy V Foundation’s Victory Over Cancer fund at https://www.v.org/ways-to-give/honor-memorial-gifts/ or to the V Foundation for Cancer Research, 14600 Weston Parkway, Cary, NC 27513 In Memory of John P. Furstenberg. Romans 5:3-5 “More than that, we rejoice in our sufferings, knowing that suffering produces endurance, and endurance produces character, and character produces hope, and hope does not put us to shame, because God’s love has been poured into our hearts through the Holy Spirit who has been given to us.”

Born in Wichita, Kansas May 10th, 1948, John P. Furstenberg went to be with his parents Marguerite and Frank E. Furstenberg in Heaven on Tuesday, June 15th, 2021, at the age of 73. John lived in Kansas with his brother Frank Furstenberg, and... View Obituary & Service Information

The family of John Paul Furstenberg created this Life Tributes page to make it easy to share your memories.

Send flowers to the Furstenberg family.