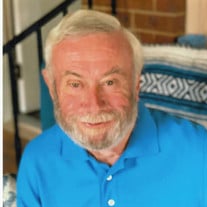 Ronald Wayne Bullins, 79, of Garden City, SC, passed away on Monday, January 24, 2022, at his home. A 2:00 p.m. graveside service will be held on Thursday, February 3, 2022, at Mayodan Municipal Cemetery with Rev. Randy Jessup officiating. Military Honors will be provided by the Rockingham County Honor Guard. The family will receive friends Wednesday evening, February 2, 2022, from 6:00 p.m. until 8:00 p.m. at Ray Funeral Home. For safety, the family requests face coverings be worn and casual dress is preferred. Ronald was born in Rockingham County on July 18, 1942, to the late Silas and Ruth Myers Bullins. He served in the United States Army and after that went to work for Sears and Roebuck, giving 25 years until its closing. He then went to UNIFI where he retired after approximately 9 years. After his retirement, he moved to Garden City, SC. Ronald was a giving person, who always helped others, and was loved by many. He was known as the “Mayor” to everyone at the park he resided at. He had a great sense of humor and loved chewing tobacco. Those left to cherish his memory are his sister, Mary Bullins Joyce of Trinity, NC; his nephews, Douglas Wayne Joyce and Jackie Dean Joyce, Jr.; his girlfriend, Joann Lee Parish of Colfax, NC; and his special friends, Nina and Jackie Miller and Bobby and Margaret Norris. Ray Funeral Home is honored to serve the family of Ronald Bullins and all are invited to share memories or offer condolences at www.rayfuneralhome.com.

The family of Ronald Wayne Bullins created this Life Tributes page to make it easy to share your memories.