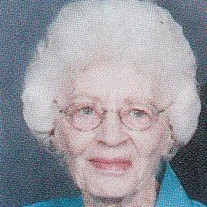 Ruth Burton Collins, 86, died at her home on Saturday, March 23rd, 2019. A funeral service will be held at 2:00pm on Tuesday, March 26th, 2019, at Madison United Methodist Church; burial will follow at Woodland Cemetery. The family will greet friends for one hour prior to the service at the church. Born in Madison, N.C. to Thomas A. and Ruth Ragsdale Burton, Ruth was a graduate of Madison High School and Guilford College. After marrying her high school sweetheart, they lived a somewhat nomadic life, being transferred periodically around the Southeast. When the time came to raise a family, they returned to North Carolina, with Ruth assuming the role of general manager of the Collins household. She was proud of her family, teaching her children well and supporting their efforts for many years. Ruth loved sports of all kinds, as a participant and spectator; she played several, including golf and tennis (both of which she claimed to have "mastered and moved on from years ago"). She was an avid bridge player, typically holding membership with multiple groups simultaneously; if anyone yelled "deal," she was ready to claim a seat at a table. She was a diehard UNC fan and was especially happy to watch her beloved Tar Heels defeat Duke twice in recent weeks. A lifelong member of Madison United Methodist Church, she spent 30 years on the altar guild and baked countless pound cakes for the annual Methodist Women's bazaar. In addition to her parents, Ruth was preceded in death by her husband, William E. "Bill" Collins; her son, Thomas W. "Tom" Collins; a sister, Gaye Burton; and a niece, Catherine Merritt. She is survived by her daughter, Flavel Collins, of Madison, NC; a sister, Kaye Burton Merritt, of Madison, NC; nephews, William Merritt (Lisa) of Waxhaw, NC and Rev Butler (Catharine) of Sugar Hill, GA; great-nephews, Jackson Merritt and Trevor Butler; great-niece, Caroline Butler; and her ever-faithful feline companion, Bubba. The family is grateful to the staff of Hospice of Rockingham County for their invaluable care and support and to caregivers CC Carroll, Peggy McCollum, Tonia Estes, and Peggy Rogers. In lieu of flowers, the family requests memorials be made to Hospice of Rockingham County, PO Box 281, Wentworth, NC, 27375. Ray Funeral Home is serving the Collins family and all are invited to share memories and offer condolences at www.rayfuneralhome.com.

Ruth Burton Collins, 86, died at her home on Saturday, March 23rd, 2019. A funeral service will be held at 2:00pm on Tuesday, March 26th, 2019, at Madison United Methodist Church; burial will follow at Woodland Cemetery. The family will greet... View Obituary & Service Information

The family of Ruth Burton Collins created this Life Tributes page to make it easy to share your memories.

Ruth Burton Collins, 86, died at her home on Saturday, March...

Send flowers to the Collins family.